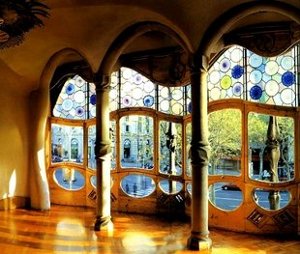 I would like to erect a church that is "constantly full of the light of the most glorious stained-glass windows so that they enlighten the mind of the people". Abbot Suger, Saint-Denis Abbey (France).

The stained-glass art has been facing multiple hazards since the Middle Ages. The medieval stained-glass art is initiated by the catholic church. It is born in Northern Europe in the 11th century, it has bloomed during the great cathedrals' time. It then expanded towards Southern Europe to become mature. And then it died in Europe in the 16th century, poisoned by the Renaissance and killed by the Reformation.

Stained-glass windows have been destroyed bu the wars, the iconoclasts, vandalism and carelessness. In the 16th and 17th centuries, this sacred art will even be depreciated by the master glaziers themselves. The glass-painting technique will overshade the brightness that is essential to stained glass.

Stained glass is not an exclusive sacred art long since. Its future could turn out even more secular.

The oldest stained-glass windows in the world :

They can be found in the cathedral of the ancient city of Augsburg in Germany. These windows were executed in the late eleventh century. They show five prophets of the Old Testament: Moses, David, Daniel, Hosea and Jonah. The size of the romanesque characters is monumental: more than eight feet high. Their gaze, despite a slight squint, is very impressive.

From Romanesque to Gothic times :

The Romanesque period has been particularly conducive to the development of stained glass in christian history. Yet the Romanesque windows are still of fairly modest size. Most of the windows feature square or circular medallions assembled on a steel frame.

The most common stained glass window is the legendary window. The iconography is very elaborate, reflecting great learning and teaching will. The life of Christ, the Virgin and the Saints, the Old and New Testaments, are particularly portrayed. The central place is given to the character, the setting is very developed: a roof depicts the city, a small mound soil, shrub forest. Inscriptions are painted to identify the characters and therefore to promote the teaching and understanding of the christian history.

The design of twelfth-century-windows is influenced by the art of illuminated manuscripts and goldsmith. It reveals great preciousness of the ornament. Wide borders, very rich, stems patterns in acanthus bouquets, multicolored jewels, brightened beaded nets are part of the composition of the windows. The drawing highlights a very assured pictorial gesture.

The so-called "Bleu de Chartres" light blue radiates in many of the windows backgrounds (see ND Belle Verriere, Chartres 1150). The color palette is dominated by the blues and reds in France, the reds and greens in Germanic countries. Yellow and purple are used sparingly.

Meanwhile, the Cistercian order, under the leadership of Bernard of Clairvaux, has hired master glaziers to decorate the windows of abbeys (ex. Aubazine, Pontigny, Fontenay) which sobriety meets the requirement for poverty and reverence of the founder. The bright colors and human figures are prohibited. Geometric and plant patterns like the Byzantine and Islamic moucharabies are favored.

Although this is not formally proven, it is almost certain that French master glaziers have designed and made the windows of the great Romanesque English cathedrals (Canterbury Monastery York) that were building at that time.

The Romanesque style has lingered for many decades in Germany, whereas France and England have started to embrace the Gothic style. 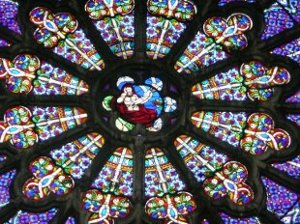 The 13th century: the Gothic Art

Thanks to the innovation of cross vaults propped up by flying buttresses, the buildings can now rise to 2 floors and the windows get larger.

Rose windows (ex. Paris ND) appear in the western facades or in the transepts. The picture window is divided into lancets, occasionally surmounted by tympani. 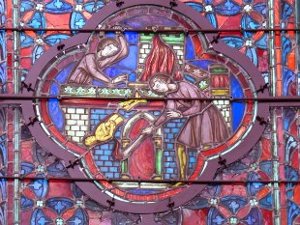 The iconography is always driven by the old and new christian testaments.

The legendary window expands down to the ground floor windows. The first-floor windows portray large sole characters, they are depicted to be seen from a large distance (eg Chartres, Bourges).

The decoration and the border are simplified. However, the body is much more realistically depicted, the attitudes (reflected by draping clothes) and plants are refined. 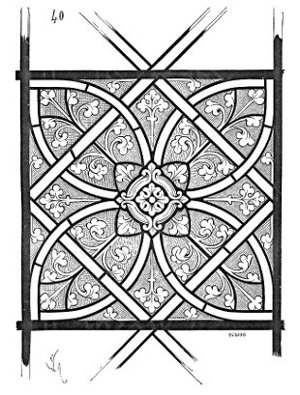 At the same time as full-color-windows expand, non-colored glass windows called "decorative grisaille" grow as of the beginning of the century. Geometric panes combined with tracery and framed by sometimes colored lines are typical of decorative grisailles. The background is shaded or woven (so-called cage à mouches) and highlights an ornemental setting.

This type of glazing is used prominently at first in England (York, Salisbury and Lincoln cathedrals). At start, the decor for the windows was very simple. It grew very sophisticated, and may have been somewhat influenced by the cistercian tradition. 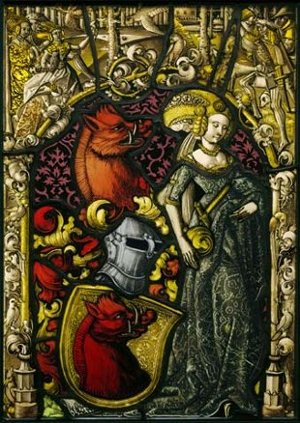 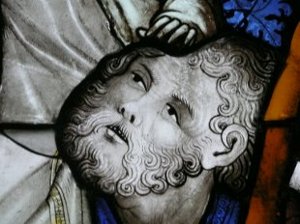 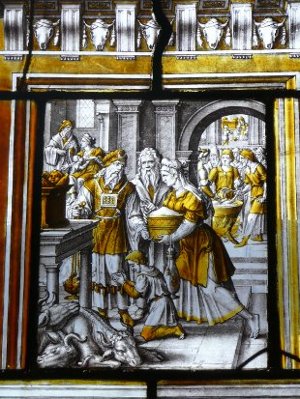 The 16th century: The Renaissance 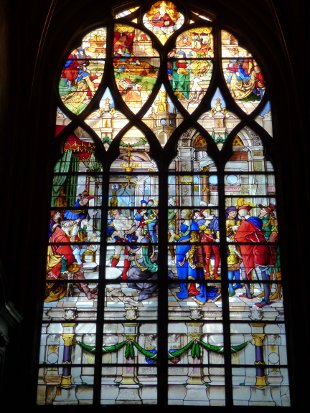 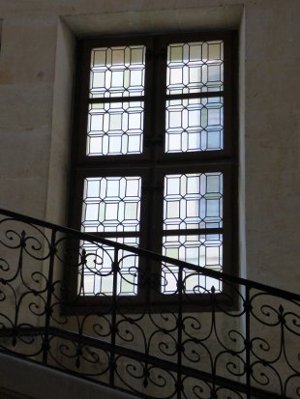 The 17th and 18th centuries: Years of miseries 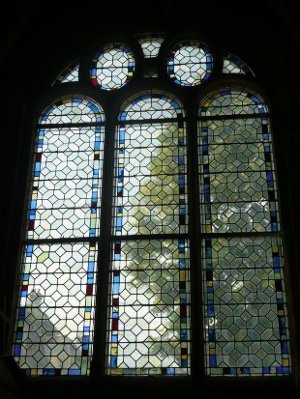 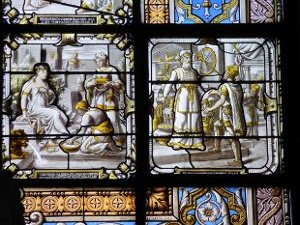 The 19th century: Times of revival 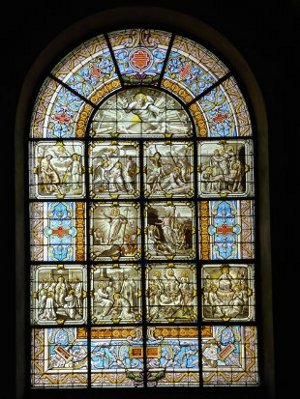 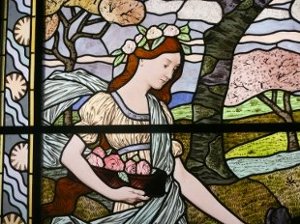 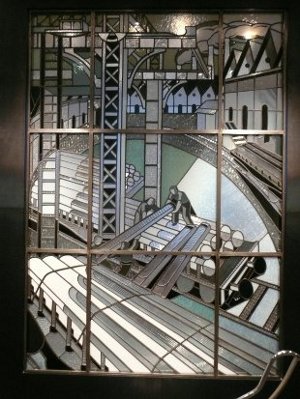 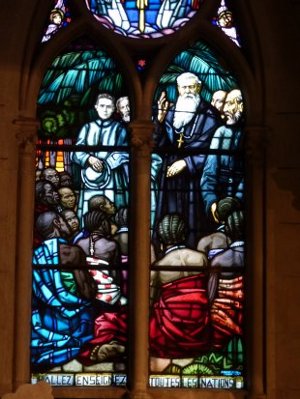 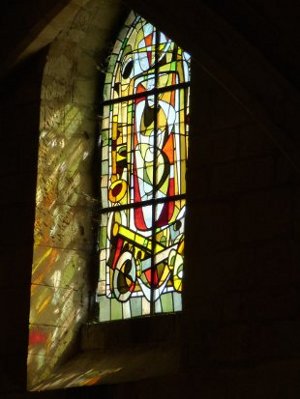